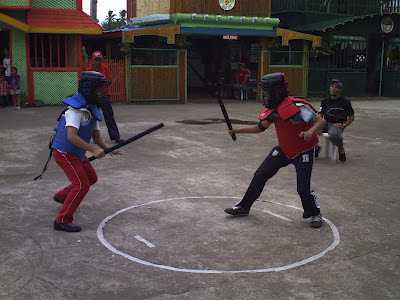 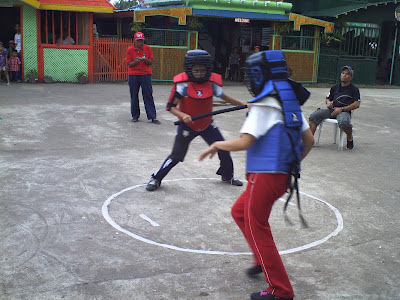 Men’s Pinweight (47 Below): John Mark Arroyo, 15, 43 kg., of Cargada Pigar over Rexsan Slade C. Saron, 17, 45 kg., of Tribu Hangaway via disqualification. Saron was winning in all the judges’ scorecards but the disqualification came when he threw a strike after the referee has called a stop for the round. Edmhel Von Doctora, 14, 43 kg., of Black Cat over Mark Anthony Rojo, 16, 47 kg., of Cargada Pigar.

Invited participants from Cauayan, Hinigaran, and Iloilo did not make it to the event. The event was covered by both GMA and ABS-CBN and featured on local TV. The event was featured in TV Patrol Bacolod, The Morning Show, and Mag TV Amiga over at ABS-CBN.
Posted by Conceptual Warrior at 1:24 AM