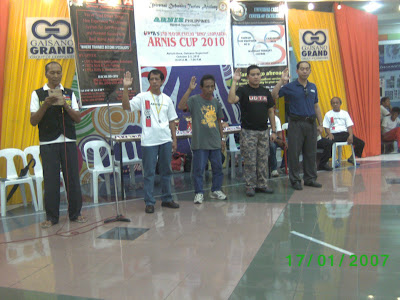 Officers not present during the induction were Voltaire Daypal of UDTA (Treasurer) and Master Sheila M. Duran of Golden Kamagong (Auditor).
Posted by Conceptual Warrior at 2:24 AM