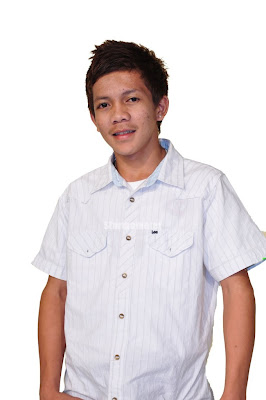 The end of Season 1 of Pilipinas Got Talent (PGT) signaled the start of a new chapter in the life of Jovit Baldivino, one which he only dreamed of before.

16 year old student Jovit Baldivino of Batangas was from a poor family. His father is a bread vendor. He has five siblings and his mother has tubercolosis. Inorder to continue his studies, Baldevino had to sell siomai in the market.

The ABS-CBN-Pilipinas Got Talent (PGT) crew went to different parts of the Philippines, among them Batangas, Cebu, Baguio, Cagayan de Oro, Davao, and Manila, from November to December 2009 for the auditions. From the thousands who auditioned, 220 acts were chosen. The figure was further narrowed down to 36 semi-finalists by Judges Ai-Ai de las Alas, Kris Aquino, and Freddie M. Garcia (FMG).

The 36 semi-finalists were divided into 6 batches, each with 6 entries and had to perform live on TV over a 6 week period. In every batch 2 finalists were chosen each week.

Baldivino performed Journey's Faithfully during the Batangas Auditions last February 27, 2010 and was qualified for the next round.

Baldivino, an early favorite, was among those in the first batch of semi-finalists. He got the highest text votes in his batch at 80%, which was still the highest when compared to the highest of all of the other batches.

Baldivino may not have the good looks of fellow finalist Norwegian-Filipino Markki Stroem or the body and abs that Ai-Ai and Kris are always known to appreciate but he captured the souls of the crowd with his hair-raising voice. The judges commented that they were amazed for a small person like Jovit to have a very big voice.

During the finals on June 12, 2010 at the full packed Araneta Coliseum, Cubao, Quezon City, the fans of the 12 finalists were in full force but the Jovinatics were in dominating the cheering. The finalists gave their best in the performance of their lives.

Magician Allan de Paz AKA Alakim of Novaliches, Quezon City, a member of the International Brotherhood of Magicians (IMB), was the first finalist to perform. He wowed the audience with his disappearing act, covering himself in a large piece of cloth and then reappearing amidst the crowd.

Breakdancers Velasco Brothers of Batangas again mesmerized the audience with their gravity-defying acrobatics, flips, jumps, and stunts. Their talent landed them in the top 3 spot.

Ventriloquist Ruther Urquia of Las Piñas, a good friend of Alakim, did his act with puppets Titoy and Lolo and rapped a piece which invoked nationalism in the Filipinos in celebration of the 112th Independence Day of the Philippines.

Baguio Metamorphosis did a repeat of their custome-studded and action-packed dance number, which earned them the top 3 spot.

The chorale group Luntayao Family of the Municipality of Hinigaran, Negros Occidental, the first from the Visayas to qualify for the finals, also gave their best shot.

Baldivino sang Too much Love Will Kill You by Queen and got the loudest cheer from the crowd. Baldivino was clearly the favorite, garnering 48.81% of the text votes or almost half of the total votes. Even Filipinos in Europe voted for him.

Baldivino was teary eyed after being announced as the very fist Pilipinas Got Talent (Season 1) Grand Winner. He was given a check for P2M. Runner ups Velasco Brothers and Baguio Metamorphosis received P100,000 each. The remaining finalists received P50,000/group.

When asked by Aquino if he wanted to be part of any ABS-CBN show he wants: a teleserye alongside Sarah Geronimo, musical variety show ASAP XV, or noontime variety show Wowowee, Baldivino replied "Lahat po." Baldivino shaked the hands of the fans near the stage. The other contestants hugged and congratulated Baldivino.

Iya Villania was the co-host of Luis Manzano during the proclamation night.

Since airing in February, Pilipinas Got Talent (PGT) had topped the weekend primetime national TV ratings, with a high of 43.1% just on its second week of airing. It was the most talked-about topic on Twitter during the start of the show’s final results night on Jun 13. The hashtag “Pilipinas Got Talent” was first on Twitter trending topics as of 8:41 PM, even way ahead of the much-anticipated 2010 FIFA World Cup.

Now starts another chapter of Jovit's life.
Posted by Conceptual Warrior at 5:53 PM